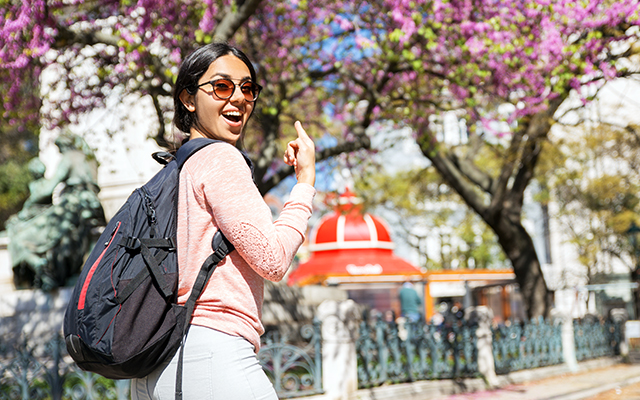 A forecast conducted by the government of Australia revealed that the country’s net migration intake would drop massively between 2020 and 2021 due to Covid-19 related travel restrictions and border closures. While Covid-19 is still having profound impacts on Australia’s economy, immigration, which is one of the critical drivers of the economy, is the most impacted.

The report is published by the Australian Economic and Fiscal Update on July 23rd, wherein it stated that the Net Overseas Migration is assumed to fall significantly due to 31,000 in 2020-21 due the international travel restrictions and limitations on visa applications.

Indians are the top-source of migration to Australia. The recent migration trend has resulted in the tremendous growth of the Indian population in Australia after England and China. There are currently seven lakh Indians living in Down Under, and approximately 90,000 Indian students are studying in Australia.

Net Overseas Migration considers the number of people entering Australia and living in the country for at least 12 months. It includes permanent residents, temporary skilled workers, and international students. The report emphasized that the fall of migration arte is mainly due to the covid-19 travel restrictions and border closures.

‘The Government implemented international travel bans in March 2020. This prevented all arrivals on visitor and temporary migration visas and prevented Australian citizens and permanent residents from departing Australia,’ the document said.

As per the Australian government, between July 2020 and December 2020, only permanent residents, citizens, New Zealanders, and a certain section of international students are eligible to enter Australia.

It is expected that the travel bans will be lifted from January 2021 to June 2021. However, travelers must quarantine themselves for 14 days after their arrival. It might resume the flow of permanent and temporary residents in Australia, but at lower levels than the usual.

Despite the slower pace and the increasing waiting time, prospective immigrants can still submit the application and kick-start their Australia PR process.

Skilled Indians who want to migrate to Australia permanently might have to wait for a more extended period to realize their Australian dream. Travel bans have led to longer waiting times for processing permits due to lockdowns, which has significantly impacted the immigration department’s operations and its ability to provide essential visa services, such as biometric checks, medical reports, character certificate, etc.

Where Skilled Indian Professionals Can Go?

Considering the forecast and the pace with which Australia’s immigration system is currently running, prospective Indians might have to put a hold on their dream of migrating to Australia for at least one year.

If not Australia, they can move to Canada as the country is still actively processing immigration applications and conducting regular draws to invite the best and the brightest talent across the world. There are so many immigration pathways as well to choose from skilled to student to business investment.

In Canada, there are also dedicated visa pathways IT professionals or tech workers, such as British Columbia Tech Pilot program, Start-up Visa, Global Talent Stream, etc. The country’s growing dependence on ICT workers, Canada offers several permanent and temporary pathways to support the tech sector. You may choose any one of them and move to Canada on a permanent or temporary basis.

Unlike Australia, Canada’s immigration intake is intact and never affected by the COVID-19 pandemic restrictions. The country kept its immigration level as it was before the pandemic hit the country. So, one can see the importance immigrants in Canada and the country’s favorable policies to make them feel welcomed and fully assured about their future prospects in the country even amid the pandemic.