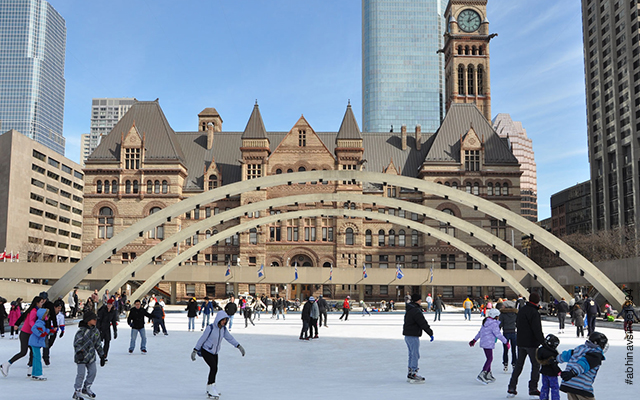 Are you a French speaker? If yes, then Canada is waiting for you. Over the past few years, the government of Canada has been aggressively promoting and increasing Francophone immigration and taking concrete actions to help them settle in the country. Inviting more French speakers is a key part of Canada’s long-term goals of boosting cultural diversity, and thus laying the foundation of a bilingual society.

Not only this, the government has also invested several resources at both Federal and provincial level to help French-speaking immigrants live and work in the country. There are many Canada immigration pathways available to Francophones who want to migrate to the maple leaf country.  French speakers also have an added advantage over the language test results, as even if their English language isn’t strong, they can easily grab maximum scores in the French test.

With Canada plans to welcome over 390,000 newcomers by 2022, your French language proficiency could give an edge to your application.

Quebec- With 94.5% of the population speaking French, Quebec is Canada’s most popular French speaking province. It is one of the ideal places for families to settle in as the province has everything an individual needs to enjoy a successful life in Canada.

If you settle in Quebec as a French-speaker, then you may get the benefit of the Quebec-France Agreement on the Mutual Recognition of Professional Qualifications. Introduced in 2008, the agreement permits the French candidates to practice their profession in Quebec and provides them easy and flexible ways for credential assessment.

If you are a healthcare professional, engineer, lawyer, or a social worker, then moving to Quebec can be the best decision of your life.

Ontario –Ontario is the second most popular French-speaking province in Canada featuring the largest population of Franco-Ontarians. Ontario French-speaking skilled worker program is a highly sought-after the Human Capital stream under the Ontario Immigrant Nominee Program (OINP) or Canada PNP operated by the government of Ontario.

The program invites prospective candidates from the Express Entry pool who are proficient in both French and English language, and have the necessary skills to boost the economy of Ontario.

Alberta- The majority of French speaking community in Alberta is settled in Edmonton, Calgary, St. Paul, Bonnyville, Lac la Biche and Peace River. Currently, there are more than 80,000 people in Alberta who can speak French, and the population of the same continues to rise astonishingly.

With Alberta’s constantly changing demographic and economic structure, the province constantly looks for highly skilled workers with proficiency in both English and French languages across various sectors.

British Columbia- In a survey report by Statistics Canada, it was revealed that over 70,000 residents of British Columbia are French speakers, where more than 300,000 can speak French and English fluently.

Francophone is not only the most popular, but also the most highly-demanded community in British Columbia. Despite all this, Francophone is in minority in the province, and thus remains constantly in demand by the provincial government.

Express entry is probably the most popular and coveted immigration system that manages permanent residency applications for skilled workers. It’s an online system that recognizes and grants points for the French language skills along with English. If you are a fluent French speaker then you can gain additional comprehensive ranking system points on your language skills.

Candidates who score a minimum of 7 CLB in French and 5 in English will be awarded a bonus of 15 points.

Ontario has various immigration pathways under its provincial nominee programs along with a pathway exclusively reserved for the French-speakers. This stream is known as the Human Capital category, which is linked with the express entry system.

The Rural and Northern Immigration Pilot is a community-driven program dedicated to distributing the economic benefits of migration to small rural communities of Canada. The program offers permanent residency pathway for foreign nationals who are willing to live and work in one of participating communities.

IRCC has also provided pathways for the French speakers who want to live and work in rural communities of Canada. IRCC assesses the francophone candidates based on their French language skills and their ability to contribute to the economic development of Canadian rural communities.

Do you or your spouse speak French and want to immigrate to Canada? Come to VisaExperts and we will plan the best Canada relocation plan for you. Just fill our free assessment form and one of our immigration consultants will be in touch with you to recommend the most suitable options for you.