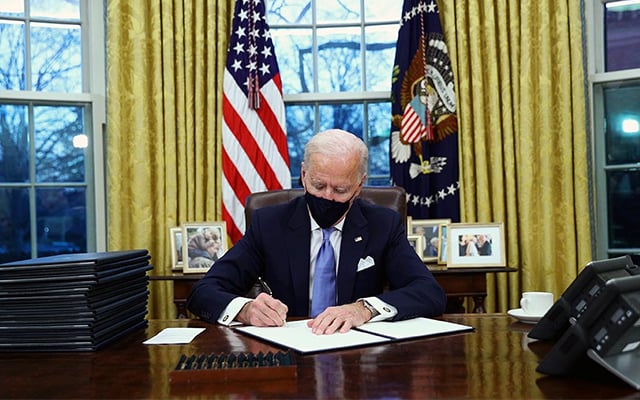 With the swearing-in ceremony of U.S. President Mr. Joe Biden, he is looking forward to making the necessary changes in the country’s immigration system. He will send a comprehensive immigration reform bill titled the U.S. Citizenship Act of 2021 to Congress, covering the essential aspects such as granting citizenship to eligible migrants.

There has been uncertainty regarding the Citizenship status of the migrants, and the proposed legislation talks about devising a pathway to offer the desired citizenship to millions of migrants. Other than this, the bill’s components comprise the additional funds required to upgrade the technology around the border and targets the issue that has led to a massive influx of migrants in Central America.

Specific individuals like the beneficiaries of Temporary Protected Status (TPS) and the Deferred Action for Childhood Arrivals (DACA) program (Dreamers) will be immediately benefitted from the bill if passed. It will create a definite process so that these individuals can become Green Card Holders. After holding their Green card status for three years, they will become eligible to apply for U.S. Citizenship. There will be a defined pathway to obtain citizenship over a total period of eight years for other groups.

Biden intends to expand the visa programs and redefine immigration that would serve all interests. The bill shall provide the dependents of H-1B visa holders the authorization to work in the U.S., and it will also prevent the children of the visa holders from aging out of the system. The bill also focuses upon investing nearly $4 billion in countries where citizens are forced to move out of the country due to extreme poverty and volatile political systems in the upcoming four years.

By investing in such countries and strengthening the USA’s border security, Biden is attempting to reduce the flow of migrants to the country. He will also halt the construction of the much-debated ‘Trump Wall’ along the Mexico border and focus on deploying funds to improve ports and border security. As Biden takes the command, the USA will be more practical in its approach towards the migrants, and the H-1B visa aspirants can have better days coming.

Got immigration-related queries for your dream country? Just log on to www.visaexperts.com or call us at +91 8595338595 and speak to Immigration Services experts. Avail of best immigration services in your city!