Loss of $100B to U.S. economy following Trump’s immigration ban 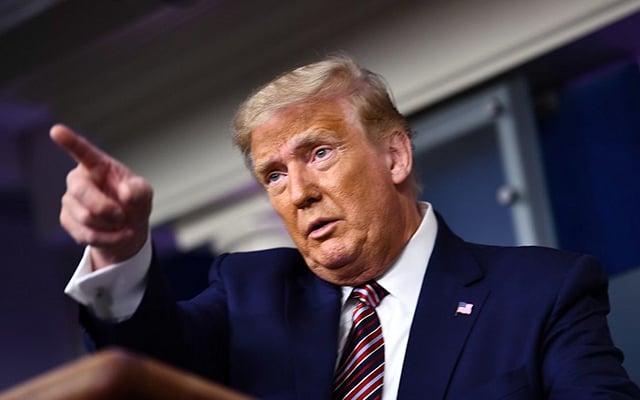 Loss of $100B to U.S. economy following Trump’s immigration ban

According to an estimate by The Brookings Institution, the American economy following the Executive order to limit the number of visas based on employment, signed by American President Donald Trump on June 22, 2020, has incurred a loss of $100 billion to the U.S. economy. For this reason, many of the U.S. residents have moved to neighbour Canada in search of better employment opportunities.

The ban and limitation would include a new category of employment-based visas issued to immigrant professionals like H-1B Visa, H-2B, J, and L visas. The reason for this move, as put out by the Trump administration, is to preserve the jobs and interests of the U.S. citizens during the pandemic, whereas Canada, on the other hand, despite facing the same hurdles, continues to be a magnetic ground for immigrants as well as their families to come and settle along with exploring diverse job opportunities catering to both their growth and development.

As per the leading U.S. research institute, the order has not only weighed heavily on the United States economy but, as a result, led to 200,000 fewer foreign workers and their dependents being permitted to enter the U.S. this year. A talented pool of professionals is shifting to Canada, where the I.T. hub is welcoming immigrant professionals who have the required skills, educational qualifications, and work experience to become permanent residents in Canada.

If you are a skilled worker stuck in the U.S. looking for immigrating to Canada, there are 100 different merit-based immigration streams for permanent residence in Canada. Many skilled workers are moving to Canada, owing to access to employment that the nation provides them.

As a skilled worker, you are evaluated based on age, work experience, proficiency in English or French language, educational qualification, and pre-arranged employment. Many U.S. citizens and residents immigrate to Canada via the Express Entry System or the Provincial Nominee Program (PNP).

Provinces in Canada nominate skilled workers from U.S. or elsewhere based on their local labour market needs and requirements. Upon getting a nomination certificate, you can apply for permanent residence in Canada to IRCC.