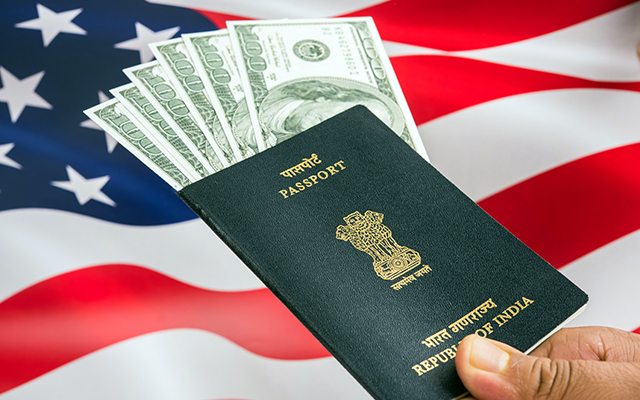 The House Judiciary Committee has proposed a new bill in the United States to make it easier for Indians who moved to the U.S. on a work visa to obtain a green card. If passed, thousands of Indian IT professionals will soon jump the green card backlog queue by paying a Super-Fee to expedite the green card processing. U.S proposes to allot USD5000 as a fee for H1B visa holders. In return, they can get their permanent residency status, also known as Green Card.

As per the reports, children of the H1B visa holders who are 21 years of age or above will also get a chance to get permanent residency and citizenship in the country. The bill would allow thousands of family and employment-based green card applicants to immediately apply for a permanent residence rather than waiting for one to become available.

A Green Card, also known as a Permanent Resident Card, is a legal document that a person is a lawful resident of the United States. It’s proof that the bearer has the right to live and work in the United States permanently.

These provisions will go through some amendments and changes before their incorporation into the Senate version.

Below are the details of the immigration reforms included in the House Bill. Please note that these measures are subject to change and are yet to be finalized.

According to the legislation, the new legislation would not be implemented until six months after they are passed or on May 1, 2022, whichever is the earliest.

If passed, the bill would benefit not only Indians but also the American economy when it comes to accessing the pool of talented and highly-skilled workers in the United States. These workers are Techies, Healthcare professionals, Investors, and other professionals who make valuable contributions to the U.S economy.