US Presidential debate spiked search – How to move to Canada 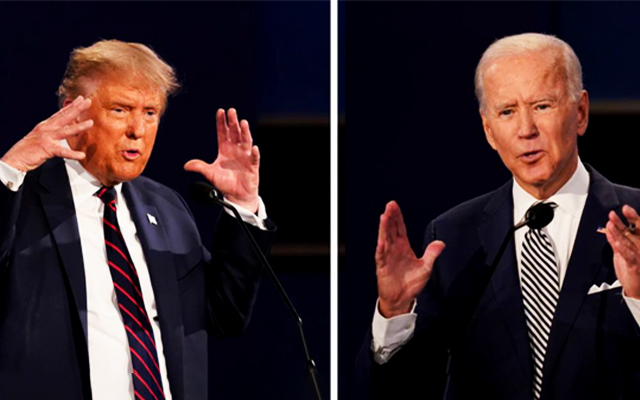 US Presidential debate spiked search – How to move to Canada

After the Trump-Biden’s disturbing debate, Google reported an interesting fact from US. The searches for ‘How to move to Canada’ jumped unexpectedly, indicating the chaos in the minds of the people who are now looking for options to migrate to Canada. The searches were in such hurry that there were typos in the text they searched in order to figure out ways to obtain Canadian Citizenship.

The debated has a disturbing impact upon the minds of people and it made them restless that they were compelled to search for their Canadian opportunities. Majority of the searches were made from Massachusetts followed by Washington and Michigan. Though the searches expedited, it is not something that has happened for the first time. Anticipating the volatility of the future, many people choose to move across the border during the election times. November 2016 elections was the time when the search for moving to Canada was the highest.

With these facts at hand, one can very conveniently understand that Canada is the first choice for the people residing in the one of the most powerful country for the world. Canada is the top priority, not only from the migrants of third world countries but from countries like USA as well. Undoubtedly, Canada has emerged as the ideal country to live, in all the aspects of life.

What makes Canada special is its ability to be receptive towards others. There are people from various ethnicities and cultural backgrounds in Canada living together harmoniously. The country is politically stable, socially secure and a peaceful place overall. Not only this, it provides conducive environment for growth on both the situation, if you are a skillful professional in any field or a businessman. Canada itself invites skilled immigrants and entrepreneurs to its land for the mutual benefit of the country and the migrant.

While US citizens look forward to Canada for settlement, there is nothing that should hold you back from looking out for your opportunities for Canada migration. Reach out to the immigration experts at Abhinav on +91 8595338595 and get yourself counseled on your Canadian possibilities.