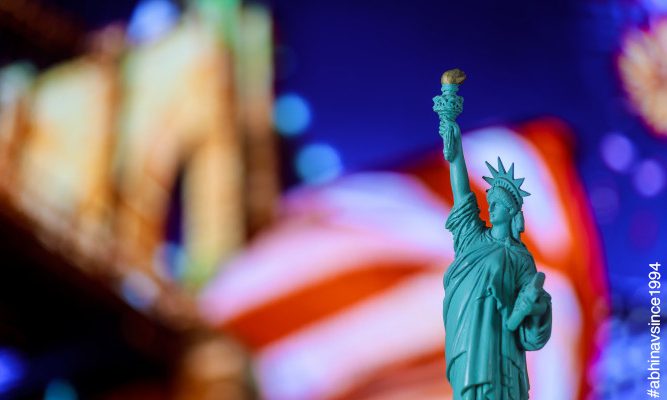 What comes as a major turnaround in the restrictive immigration policies of USA is the establishment of a merit-based immigration system soon. In an interview, Trump stated that he is working upon an executive order that has a “road to citizenship” for the recipients of the Deferred Action for Childhood Arrivals (DACA) program.

Trump indicated that this provision is a part of a very big and good immigration bill and that people will be pleased once it is brought into action. The DACA program is responsible for the work permits and other protection for the people brought to the USA as children by undocumented parents. As many as 700,000 young people are associated with this and a majority of them belongs to India or South Asian descent.

The new move by trump is a clear indication of the complete revamp and restructuring of the prevailing US Immigration system into much more skills and experience focused selection of candidates. U.S. Merit-based System may incorporate the some of the core elements of Canada and Australia Immigration systems to ensure its adeptness and efficiency.

For long, Immigration has been one of the contentious issue for Trump and his ideology is to reform the immigration system which is based on merit rather than family ties. Reluctant in speaking about the deal on DACA that was broke with the Democrats, Trump said that the recent ruling of the Supreme Court has given him the powers to work upon an immigration bill  that would be pleasing for everyone as if offers the ‘road to citizenship’ while ensuring border protection.

As of now, it is definitely motivating for the respective immigrants as they can see the hope of becoming the USA citizen in future based upon their merit. Also, as Trump works upon a ‘big’ immigration plan and DACA is just a small of it, the numbers are definitely going to be historic in the merit-based USA immigration era.

We at Abhinav Immigration Services understand the dynamic nature of Immigration policies and how they get turned overnight. We actively follow every immigration activity and adhere to provide the best of services to our client. To get in touch, call +91 8595338595 now!