What are the pros and cons of Canada versus Australia? 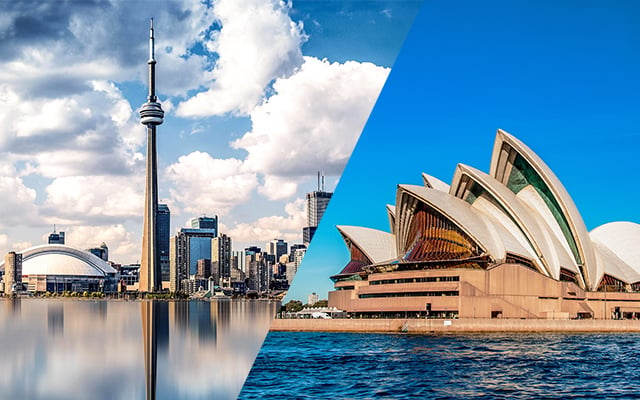 What are the pros and cons of Canada versus Australia?

In recent years, both Canada and Australia have emerged as the most popular immigration destination among high-skilled foreign workers seeking a better quality of life. Both countries have their pros and cons. Whether you choose to migrate to Canada or Australia, one thing is common- they both offer superb quality of life, world-class education, relevant job opportunities, and good law and order.

Australia is known for its unique fauna, and the weather is excellent almost every time of the year. Canada, on the other hand, is a cold country. So, if you hate winters, then Canada might not be the right choice for you. Australia has a mostly Mediterranean climate, which never gets too cold and never gets too hot.