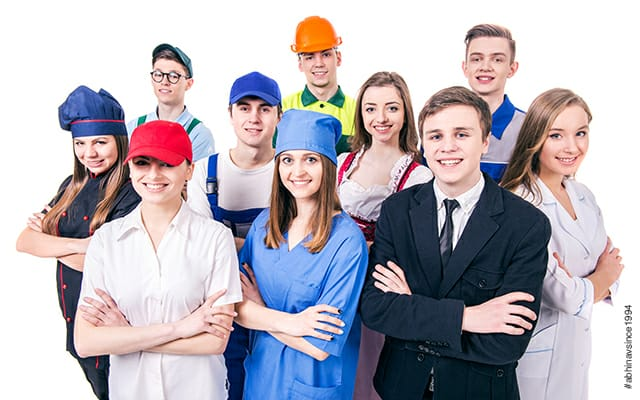 As the United Kingdom’s government unveiled an “Australian-style” points-based immigration system after leaving the European Union, the country finally jumped on the bandwagon with other nations who have been successful in implementing the system so far to control the flow of migrants. Some of these countries are- Canada, Australia, and New Zealand.

All of these countries follow a points-based system to invite skilled foreign workers who have the potential to thrive and much to contribute to the economies of their host country. The UK points-based system is implemented with the hope to curb the negative impacts of cheap and low-skilled labors, and focus on inviting the brightest and the best form of workers around of the globe. The aim is to end the country’s dependency on low-skilled workers, and thus effectively deal with skilled worker shortages in certain occupations in the country.

The primary advantage of implementing a points-based system for any country is that it brings the “best and the brightest” immigrants to the country. As a single global immigration system, it doesn’t discriminate in terms of which country you come from, and the most importantly it focuses on skills that you bring to the country you are planning to immigrate.

Any country, whether it’s Canada, Australia, UK, or New Zealand that follows the points-based system of selection, assesses a foreign-national’s eligibility to obtain a specific visa or a residency status partly by that non-citizen’s ability to meet a minimum points threshold decided by the country’s government. There are multiple categories based on which a prospective candidate can claim his/her points in the scoring system- Some of these factors are- age, work experience, language proficiency, job offer, education, provincial nomination, and other adaptability factors. In Australia, more points can be claimed for partner’s skills or for being single/unmarried. Same in Canada, you can fetch 10 additional points if you have siblings in the country.

Based on the factors and the minimum points obtained, invitations are sent to the highest scoring applicants in the regular immigration draws.

Below you can compare how points-based system is followed by different countries:

Being a new kid on the block, the UK-points based system is designed to provide points to skilled immigrants based on specific skills and qualifications, salary threshold, and occupation. The system is created to provide an equal opportunity to each and every applicant, regardless of the country they originated from. Set to take effect in January 2021, the points-based system for the UK will focus entirely on high-earners and the most skilled individuals. Points will be awarded on the basis of English language proficiency and a valid job offer from an approved UK-based employer. Applicants will need to score a total of 70 points in order to qualify.

Australia’s points-based system is used to determine a person’s eligibility to obtain a permanent residency status in the country under a number of major visa categories. Under this system, a candidates requires to obtain a minimum of 65 points under the assessment grid. Applicants must also nominate an occupation from the Skilled Occupation List. Take a look at the following table to know about the points-break up:

Canada point system for immigration allows skilled applicants to permanently live and work in Canada. The system runs under an Express Entry system which manages online applications for economic migration programs. The eligibility of applicants under Canada PR eligibility calculator system is determined based on the candidate’s age, work experience, qualifications, language skills, etc. The following tables gives us a complete breakdown of the points:

The candidates must obtain at least 67 points or more out of 100 in order to qualify for any of the skilled worker program.

New Zealand’s points-based system invites applicants who have the required skills and qualifications to boost the country’s economy. Candidates must fulfill the points-system requirements, which is based on actors such as age, work experience, your qualifications, and an offer of skilled employment. Applicants must be between 18-55 years of age in order to apply under the skilled migrant category.