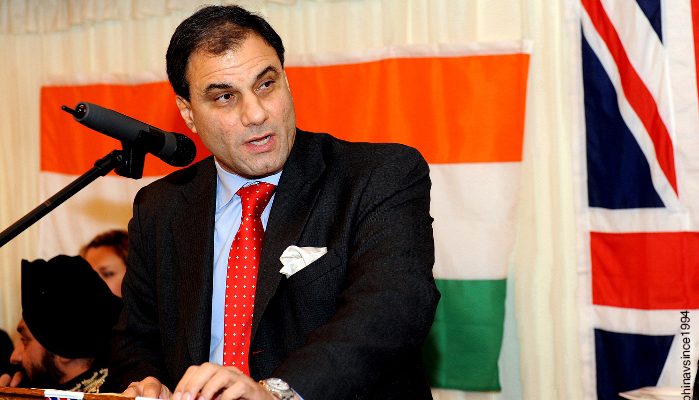 Latest news from UK, British Indian entrepreneur and peer Lord Karan Bilimoria is elected as the President of Confederation of British Industry that represents 190,000 businesses consisting of 1,500 direct members and 188,500 non-members (140 trade associations). Karan Bilimoria the founder of Cobra Beer was the frontrunner for the position and remain supporter and a campaigner for a second referendum.

Confederation of British Industry is responsible for promoting business interests by petitioning and recommending governments, liaising with other businesses both in UK and internationally through their operational offices in Beijing, Brussels, New Delhi and Washington, D.C. Lord Karan Bilimoria has vowed to play a crucial role in pushing the economy and British business in these challenging times.

The liquor baron was born in Hyderabad and later moved to London, UK where he qualified as a chartered accountant, received a diploma in accounting from the London Metropolitan University and completed LAW at Sidney Sussex College. After the studies, he ventured to importing goods from India and make profit out of it. While making profit, he founded Cobra Beer which maintained the ‘refreshing qualities’ of a Lager and ‘smoothness and drinkability’ of an Ale. After that, there was stopping for him and now he will be heading the CBI the coveted business organization of UK.

Once known as the British Empire where sun never sets, but now the Britain has opened doors for others and became a multicultural cradle.

Lord Karan Bilimoria achievement is an aspiring account of what Indians have accomplished in the British soil. With about 1.4 million people in the UK, British Indians are the single largest visible ethnic minority population in the country. Due to the presence of Indian communities and great living conditions, UK is still one of the most sought after destinations for immigration. UK Immigration comes with many benefits such as healthcare, pensions, Public funds benefits, Universal Credit, Child Benefit, Council Tax Reduction and housing by local authorities

If UK is your dream immigration destination, then you can pen your own success story with us. Pick up your phone and dial 8595338595 or write us on [email protected], our Immigration Specialist will curate comprehensive immigration solutions for your dream