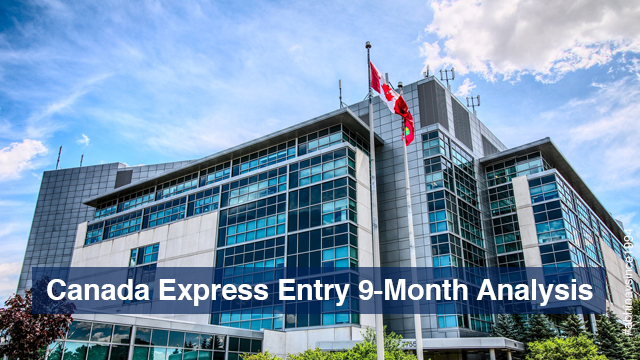 As we enter the fourth quarter of 2019, Canada Express Entry has witnessed a humongous surge in the No. of ITAs granted in the last three quarters. The third quarter of 2019 itself garnered a total of 21600 ITAs for Canada PR Visa under the Canada Express Entry immigration system. Accumulating the figures, we get a total of 63,400 ITAs so far this year. Remarkably, the 9 months figure of 2019 is a record-breaking number surpassing the total number of ITAs issued in 2018 at the nine-month stage.

These figures reiterate the golden era of Canada Immigration that empowers the skilled immigrants to live and work in Canada with no-holds-barred.

All these factors uphold the momentous aspect of the increase in Canada Immigration applications than ever before. These figures are evident that the Govt of Canada is leaving no stones unturned in helping the skilled professionals to enter Canada progressively.

Upon comparing with the statistics of 2018 and 2019, Canada Express Entry was a runaway hit with full capacity and full inventory of profiles. And, it will be worthwhile to apprehend that with remaining 3 months in 2019, how Canada Immigration will fare in permitting the skilled immigrants surpassing the previous records.

For more news and information on the Canada Express Entry, explore new opportunities for your Canada Immigration. Connect on with our specialist on 08595338595.