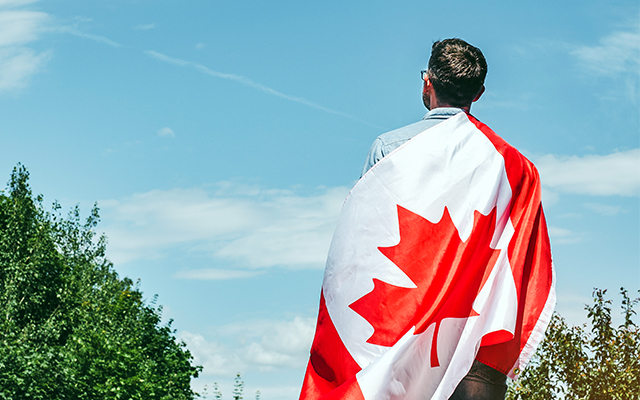 The year 2020 will bring new developments and updates, especially for Canadian PNPs and Regional Immigration programs.

2020 will be a big year for Canada immigration, especially for provincial and regional immigration programs. It is projected that millions of immigrants will arrive in Canada through various immigration pathways. 2019 had been an impressive year for immigration, and this year too we will experience the same momentum as we did previously. The federal government will also introduce several policy updates to improve and strengthen the Canada immigration system.

Let’s take a look at Canadian immigration trends that will continue to dominate in 2020 and beyond:

The new Canada immigration plan for 2020-2022 will be announced in March 2020. Canada’s new Minister of Immigration, Refugees and Citizenship, Marco Mendicino will present the annual immigration report for 2019 and release details on the Government’s upcoming immigration level plans over the next few years.

This annual report is critical for the government as it helps them make strategic decisions related to immigration. And above all, it’s the Canada’s 2020-2022 Immigration Levels Plan that has sparked the interests in thousands of prospective immigrants to Canada. We have already mentioned above the government’s immigration plans for 2020- 2021. However, as per Minister Mendicino’s Mandate Letter, it wouldn’t be a mistake to say that there will be a significant rise in immigration levels in 2022 as well.

While campaigning for their election in 2019, the Liberal government had promised to bring in more pathways to facilitate the arrival of more migrants to Canada. And it now seems they are delivering what they promised in the form of a new Municipal Nominee Program. The latest program is aimed at helping local communities, chambers of commerce, and local labour councils experiencing serious labor shortages. The program will allow them recruit more workers and grant them permanent residency status in Canada.

Parents and Grandparents Program in 2020

The federal government will also announce immigration intake plans for the Parents and Grandparents Program (PGP) by April 2020. The purpose will be to make it easier for families to reunite in Canada. At present, the government has set an annual target of granting visas to 21,000 families under this particular visa category. However, in the past few years, there has been a huge demand for the Canada PR visa under the PGP, making it quite difficult for the authorities to process them all at the same time within the available immigration spots. It is expected that the government will revise the existing plan and outline a new process to make the processing times shorter.

The Atlantic Immigration Pilot program was launched in 2017 to strengthen the economy of Canada’s Atlantic provinces by inviting skilled immigrants. Although, the program was initially introduced for three years, and then got extend till December 2021, the Liberals now plan to make it permanent this year. This will be a great move to address labor market challenges in Atlantic provinces.

Priority to Be Given to Provincial Nominee Programs and Regional Migration

It is predicted that 2020 will be a big year for those seeking ways to migrate to Canada through PNPs. According to the 2019-2021 Immigration Levels Plan, Canada will welcome around 67,800 overseas skilled professionals, including their spouse and dependents via a range of Provincial Nominee Programs in the coming years. This is a great news for Canada PNP hopefuls.

Canadian provinces and territories will leave no stone unturned to attract more migrants though the PNP route, even those who work in some of the biggest Canadian cities. With lots of people moving to bigger cities or municipalities, the economic prosperity of regional communities and smaller cities has become a subject of grave concern for the federal government. In order to tackle this situation, a number of provinces and territories have introduced various regional PNP streams to encourage migration and economic development.

The government of Canada is putting some serious efforts to complement these PNP streams and make sure a broader distribution of economic migrants is possible all over Canada. This policy is known as “regionalization”.

Quebec Immigration Level to Rise in 2020

The government of Quebec plans to admit around 44,500 new permanent residents in 2020. The province also expects to issue 24,700 new selection certificates in the upcoming months. Recently, Quebec also launched a values test on January 1, 2020, and is all set to reform the Quebec Experience Program (PEQ) after a failed attempt in 2019.

Not much changes will be expected from Canada’s Express Entry System in 2020. Liberals did not introduce any intended changes before or after the election campaign. However, with the launch of a Municipal Nominee Program, we might expect a possible alignment of the new program with the express entry system just like some provincial nominee programs.

The biggest question of 2020 among thousands of immigration aspirants is will citizenship fee be waived off? In his election mandate, Mendicino talked about eliminating the citizenship fee. At present, immigrants have to pay a fee of $630 per adult to become a citizen of Canada. The current fee cost is quite high, especially for low-income families in Canada. When the fee rate will decline is yet a mystery for all of us. However, we can expect a decline in the rate of citizenship rate temporarily as eligible immigrants might wait for some time until this policy will be effectively implemented.

2019 was a great year in many aspects for Canada immigration, and this year too we expect the same. We look forward to a fruitful year with several important announcements and updates in the upcoming months. So, keep following our updates to stay tuned to the latest Canada immigration news.