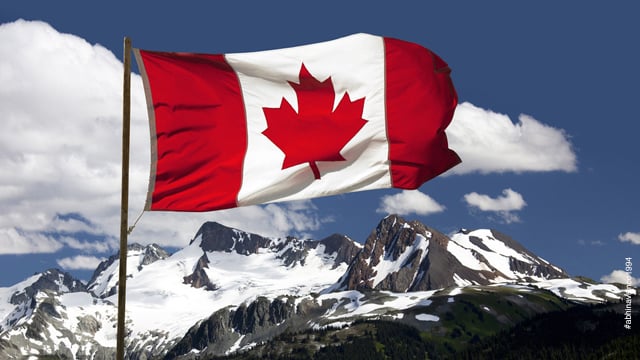 The popularity and acceptance of the Canada Express Entry the world’s most cutting-edge economic immigration system continues unabated or so it seems, if we go by this 2018 year-end report.

The Immigration, Refugees and Citizenship Canada (IRCC) released its Year-End Report 2018 recently, providing useful insight into the inner workings of the system.

The immigration officials obtained roughly 280,000 profiles for the popular the skilled immigration selection system during the year gone by, in the process, making it the most popular year on record for the system.

Taken as a whole, the total of 278,590 obtained profiles represents a 10% plus jump on 2017, as applicants deluged the extensively popular system with their Expressions of Interest (EoI).

Jumps in both the figure and the percentage of entitled profiles reveal how the skills of the applicants in the Express Entry pool are becoming better.

During the year gone by, i.e., 2018, 195,659 of the total profiles presented, or 70% were entitled for one of the schemes covered by Express Entry, i.e., Canadian Experience Class, Federal Skilled Worker, Federal Skilled Trades, and some components of the Provincial Nominee Programme.

While those numbers are up from close-to 162,500, or 65%, in 2017, it reveals that under the immigration system, just making the grade doesn’t secure a path to PR. You also have to register high points to get an ITA.

Despite the fact that the Express Entry pool is vibrant, denoting it undergoes changes with every draw, the composition wasn’t the same from 2017 to 2018.

It reveals how competition has ballooned in profiles closer to the minimum Comprehensive Ranking System (CRS) scores made public with every all-programme draw.

For the duration of 2018, those minimum scores were concentrated in the point range of 440-445.

As stated previously, at 89,800, the year 2018 established a landmark for the total ITAs. As per the IRCC, the swell was in tune with the augmented high-skilled immigration goal for 2018 a number that’s set to balloon in every of the coming three years.

When those invites are broken down, the supremacy of the FSW and CES becomes apparent, accounting for over 78,000 of the total ITAs obtained.

The breakdown reveals the value of the program-specific draws, with only 4 FST applicants getting ITAs from the all-programme draws.

At present, India is the most significant source country for the new economic immigrants to the Maple Leaf Country. Significantly, the figure of the applicants from India offered ITAs in 2018 hitherto is far more, vis-à-vis the remaining top 10 nations put together.

Since Indians are famed for their brilliance in technology professions, IT National Occupational Classification (NOC) codes dominate the top 10 Express Entry professions for 2018.

The IRCC report also shows the value of age.

What does it mean? It means that if you are young, and well-educated with the knowledge of a minimum of 1 official language, Ottawa is interested in you.

It means that moving to the Maple Leaf Country, on a Work Permit, may help and pave your way to PR in the nation.

It’s supported by an additional important number: 40,000-plus ITAs that fell in the lap of those already present in the hotspot for the period of 2018.

It means that in case your credentials don’t permit you to move directly as a permanent resident, you still have the chance through the Work Permit path, in case you can secure a qualifying employment offer.

Software Engineers, Systems Analysts and Computer Programmers are some of the most sought-after skilled workers in the Canadian economy. And, so, no wonder, these professionals received close-to 15,000 ITAs.

The IRCC report places major importance on the figure of the ITAs going to those with extra points.

Over 50% of the profiles getting ITAs included one extra point type, with the most preferred being the 15 or 30 points obtainable for a Canadian education, featured in close-to 23,000 profiles.

The IRCC received a total of 122,247 applications for PR through Express Entry in 2018, including primary candidates and their dependents.

And, out of those, 65% or 78,383 chose Ontario as the destination of their choice. It shows that migrants prefer the nation’s largest province, and specifically its capital city, the Toronto City, the most for work, and/or business, and/or residence purposes.

With 22,153 applications received British Columbia (BC) was the second highest-receiving province.

The French-speaking province of Quebec isn’t covered under Express Entry. The reason: it runs its own economic immigration system.

In spite of the remarkable increases in the figures of the ITAs and the petitions file under Express Entry during the year gone by, the IRCC still could maintain its target processing time of 6 months for as high as 80% of the applications.

While 5 months was the average processing time across every scheme in the year, only the applications submitted via the FST programme averaged over the six-month goal.

Wrapping-up With goals to boost immigration levels to 350,000 every year by 2021, the value of the popular economic immigration system is only poised to become better.