Life in Saskatchewan – the Land of Living Skies 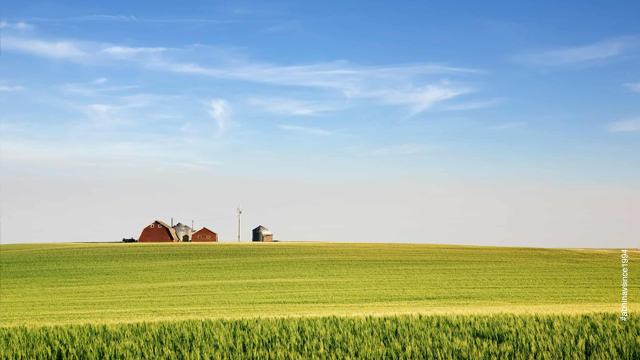 Life in Saskatchewan – the Land of Living Skies

Immigrating to Saskatchewan, are you? Did you know that Saskatchewan is also known as the ‘Land of Living Skies’? Besides having living skies or rolling grasslands, there’s more to Saskatchewan that meets the eye, it’s a land untouched by human presence. Situated at the heart of Canada, you’ll come across this fabulous place which is well known for its natural fauna and laid-back lifestyle.

The provincial nominee program for Canada has seen over millions of immigrants calling Saskatchewan their home for its peaceful ambience and cost affective houses.

Anyone travelling through the Saskatchewan PNP should know these mind-boggling facts about the Land of Living Skies:

1. Did you know that the first ATM in Canada was developed in Regina, Saskatchewan!

During 1977, The Saskatchewan Credit Unions established the first ever ATMs in Canada which were put in at two Sherwood Credit Union branches in Regina for the credit union members to withdraw their daily wages (200$ approx.).

2.  Are you a big mustard sauce fan? Do you like mustard in your hamburgers or hotdog? Then you’ll be astounded by the fact that Saskatchewan is the highest producer of mustard in Canada.

About 75% of mustard grown in Canada comes from Saskatchewan that’s about 150,000 tons per year.

3. Ever wondered where the world’s longest bridge over the shortest span is?

Well to shed some light on the above fact, Regina a town in Saskatchewan that makes home to one of the world’s longest bridges over the shortest span on water. Spanning over 850 ft. The Albert Street or Albert Memorial Bridge built in 1903 over the Wascana Creek.

4. Do you know what Saskatchewan’s second language is?

If you’re guessing French, then we’re sorry folks you are utterly wrong. It’s ‘Cree’ that’s most commonly spoken in Saskatchewan. They’re considered to be the ‘First Nations People’ in Canada making over 20,000 residence in Saskatchewan itself.

5. What are your plans for summer this weekend? The most common answer you’re going to hear is “heading to the lake”.

Despite is lust green fauna and picturesque landscape, the flamboyant – Land of Living Skies is made up of 100,000 lakes that makes up a total of 59,366 sq. km. of freshwater in Saskatchewan.

There’s not a lot of people here and being loosely inhabited, Saskatchewan flourishes with abundant opportunities to grow professionally and personally. If you have the required CRS points via the Canada Points Calculator that makes you eligible for a Canada PR visa, then immigrating to Saskatchewan will be seamless.

The categories in which you can apply for a Saskatchewan Provincial Nominee Program:

All you need is a minimum CLB of 4 points in language proficiency with required work experience and of-course being eligible for Canada for successfully immigrating to Saskatchewan to lay witness to its wondrous marvels.