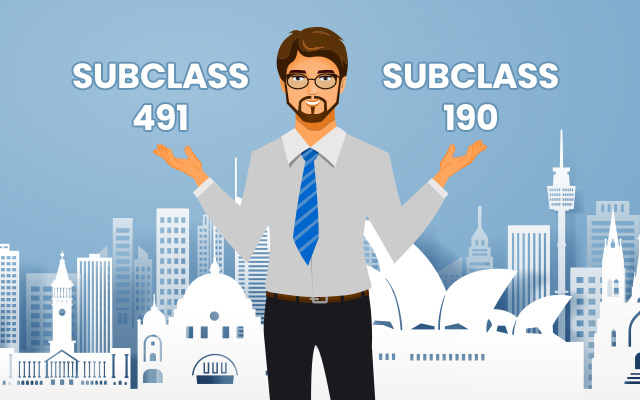 As Australia reopens its borders for fully-vaccinated overseas visitors, some states in the country have also started accepting immigration applications for subclass 491 or 190 visa categories. Australian states have been doing a lot of work to ensure their systems are ready to take applications and process them quickly. The Government of Australia is also taking active measures to align skilled migrants with employers seeking to hire them.

Australian states, including South Australia, started extending applications for a range of occupations in July 2021, even before the Australian government officially opened its borders for international travelers. The state extended its first round of invitations post-Covid in September 2021. The invitation covered several in-demand occupations, including marketing specialists, scientists, sound managers, agriculture and construction workers, and engineers.

South Australia has shown active participation in inviting skilled foreign workers in recent times. Though the invitations went to both onshore and offshore candidates, the demand for offshore is relatively high. The state appreciates the value skilled offshore applications add to Australia’s economic, social, and cultural development. Adelaide being the secret gem of South Australia, is also one of the reasons why South Australia is a popular choice among immigrants.

In December 2021, New South Wales also opened its borders for eligible candidates – under subclass 190 – for immigration to support its economy by welcoming highly skilled migrants wishing to live, work, and settle in NSW. The states want to invite applicants working in occupations such as nurses, social workers, technicians, Trades, Community, and Personal Service persons.

To apply for the New South Wales Nomination, the candidate must qualify for the Skilled Nominated Visa (Subclass 190), submit an EOI in SkillSelect, and have a valid skills assessment in an occupation that is currently in-demand in South Australia

Onshore applicants must currently be residing in NSW, genuinely and continuously – for the past three months – in New South Wales, or be gainfully employed in NSW – for a minimum of 20 hours a week – in the nominated (or closely related) occupation.

Please note that New South Wales follows a points-based system to process applications and ensure that the nominees have the skills needed in the state economy.

Apart from this, applicants applying for ACT 491 nomination must prove their capability of getting employed in the ACT after getting the visa. They must submit an employment statement outlining their research on the labor market and confirming their employability in the ACT.

Those seeking 190 must have a full-time job offer in their nominated occupation. The job position must be in Canberra for at least two years.

Occupations featuring on Tasmania Skilled Occupation List are currently open for application submission. Offshore applicants may be eligible to apply for Tasmania skilled migration program via nomination category (3A).

Want to know more? Just get in touch with our certified immigration consultants by ringing us at 8595338595 or mail us at [email protected]